John Quincy Adams (1824-1899) began construction of a library and cultural center in memory of his late wife Marilla Phipps Adams. Ground was broken October 2, 1890 and construction completed one year later. Adams presented the Adams Memorial Library to the community during formal dedicatory exercises October 28, 1891. The Adams Memorial Library was the first public library and cultural facility in Wheaton.

It was also one of the first libraries in Illinois to adopt the Dewey decimal system. Along with the building, Adams also created an endowment fund, the income of which was to be used to pay for the expenses and initial book purchases (over 2,700 books). The books were to focus on the following subjects: classic literature, biography, travel and science. Wheaton and Downers Grove were the first DuPage County communities to open public libraries, both in 1891.

Originally from Hopkinton, Massachusetts, Adams moved to Chicago in 1851. Adams was the fourth cousin, twice removed of the nation’s sixth president, and the shared name easily causes confusion. He quickly established a reputation as a figurehead of business with success as a grain merchant and real estate investor. Adams was a founding member of the Chicago Board of Trade. Following the death of his wife in 1874, he and his two children, Katharine Sarah “Kittie” and William left the city and moved to Wheaton. The family built a house across the street in what is now known as Adams Park and resided there from 1876 until 1942. Upon Katharine’s death in 1942 she willed that the house be torn down and the park permanently bequeathed to the people of Wheaton. Landscape architect, Annette Hoyt Flanders, remodeled the property creating the park now located across from the museum. Today Adams Park is the only city-owned park in Wheaton.

Adams hired up and coming architect Charles Sumner Frost to complete his vision for the city’s cultural gathering place. Frost was born in Lewistown, Maine in 1856 and attended the Massachusetts Institute of Technology. He moved to Chicago in 1881 and formed a partnership with fellow architect Henry Ives Cobb from 1882 to 1889. Together they produced the Potter Palmer Mansion and the Chicago Opera House Block. In 1887 the firm of Cobb and Frost built a railroad station in downtown Wheaton that served the Chicago Northwestern line. The station was moved in 1910 and is currently located at Cosley Zoo where it houses administrative offices, concessions and the zoo store. When the professional relationship dissolved in 1889, Frost set out on his solo career. One of his first commissions was the Adams Memorial Library. Over the course of his career, Frost designed 127 railway stations for the Chicago and Northwestern line alone. Not long after designing the Adams Memorial Library, Frost was chosen by his home state of Maine to design their pavilion at the 1893 World’s Columbian Exposition in Chicago. Shortly after the conclusion of the fair, the two-story octagonal structure composted of local materials including granite and slate, was bought and shipped to Maine. It was added to the National Register of Historic Places in 1974 and is one of only three surviving buildings from the 1893 Fair. Navy Pier is one of Frost’s most well-known and visually impressive designs. Built in 1916, it projects five-eighths of a mile into Lake Michigan. This feat attests to Frost’s considerable engineering skills.

The Adams Memorial Library is an example of the Richardsonian Romanesque style. Henry Hobson Richardson (1838-1886) was the first American architect to lend his name to an architectural design. Richardson heavily influenced American architecture, particularly the work of the Chicago school, and the emergence of the modern era. Civic, government and religious structures often adopted this type of architecture because it expressed both classical elements and the beauty of natural materials. The style is marked by certain masonry design practices. Very textured, rough-hewn stone blocks are used. Stones are set to emphasize horizontal lines. Wide rounded arches, towers, broad hipped roofs with cross gables and intricately carved ornamentation are other hallmarks of the style. Both the 1896 DuPage County Courthouse in downtown Wheaton and the Henry L. Glos home in Elmhurst, now the home of the Elmhurst Historical Museum, are notable examples of the Richardsonian Romanesque style.

This building is typical of Frost’s early work and is nearly identical to a library he built in Morgan Park only one year earlier. Both buildings feature rusticated limestone, turrets, steep pitched roofs, arches, bay windows and carved oak paneling. The Adams Memorial Library Building is a two- story rectangular building, 50’-75’ with a circular stair tower at the Northeast corner. The building is constructed of coursed, rock-faced limestone with blue Bedford stone trimmings. Originally of red slate, the present asphalt shingle roof retains its original copper gutters and downspouts. Each of the façades is dominated by a tall, stone gable with pinnacles at each side, near the base of the gable. The term gable refers to the triangle formed by a sloping roof. The pinnacles are slender upright spires. Within each gable is an arched window. The eaves of the gables have dentil moldings which meet the horizontal eave line at the bases of the pinnacles. Engaged pilasters spring from the first floor line to frame the gable and second floor windows under the gable. A pilaster is a rectangular support which resembles a flat column. The pilaster projects only slightly from the wall, and has a base, a shaft, and a capital. The gable of the primary, North façade is given prominence by the placement of an urn at the point. This façade consists of four elements; a turreted stair tower to the East, the gable, a round arched double doorway, and a shallow rounded, stone bay window at the West.

Local labor was used in the building’s construction. The decorated stone arch that surrounds the front door was carved by Alvin Austin, a Wheaton resident. The doorway is arched in blue Bedford stone with an extrados consisting of egg and dart molding over a dentil molding, and an intrados consisting of a band of carved acanthus leaf ornament beneath a fret molding. The extrados is the exterior curve of the arch and the intrados refers to the interior surface of the arch. The extrados displays an egg and dart pattern typical of ancient Greece. The pattern consists of an egg-shaped figure alternating with a figure somewhat like an elongated javelin or arrowhead. Inside of the egg and dart arch, a dentil pattern contrasts with the curvilinear lines of the other ornamentation. A dentil is one of a series of closely spaced, rectangular blocks that form a molding. Dentil molding usually projects below the cornice, along the roofline of a building. However, dentil molding can form a decorative band anywhere on the structure. The intrados displays carved acanthus leaves. This is the first indication of the acanthus leaf theme that is repeated throughout the building. The acanthus is a plant that has inspired artists and architects for millennia. It stands for quality, longevity, and creativity. Acanthus leaves were used as a motif in classical architecture, especially on Corinthian columns. Within the acanthus arch is a repetition of the geometric motif discussed earlier, although instead of raised rectangles, the pattern consists of alternating sunken relief squares.

The first floor includes a vestibule, a hall with a main staircase leading to a landing on the west wall, the main reading room at the northwest corner, the ladies reading room at the southwest, a lecture room at the northeast and the reference room, librarian’s room and library room at the southeast. These rooms have been converted into exhibit spaces and administrative offices. The vestibule wainscot is marble. The hall has a wainscot, ceiling moldings and an oak staircase. Floors, in general, are oak; ceilings are plaster on wire cloth; and partitions from the basement up are plaster directly on brick.

Exterior walls have wax linings for damp-proofing. The decorative cast iron floor registers throughout the first and second floors are original. The basement was used to house heating apparatus, coal bins and a lavatory.

Frost’s interior design includes a series of Ionic columns carved into the woodwork of the first floor. These details emphasize the importance of classical architecture in the formation of the Modern American style. The molding and banister incorporate the acanthus ornamentation throughout the first and second floors. The main reading room, now the office of the Executive Director, is finished in quarter-sawn oak, carved panel ceiling, bench seating in the bay window and a fireplace with a grate. The wainscoting has a small acanthus leaf emblem carved in each panel.

The second floor includes the “Library Hall” which served as the cultural center complete with stage and dressing room. The gated stairways on the second floor once led to seating over -looking the main hall. Sealed off during renovations in 1932, the area now serves as storage space for the museum collection. The second floor houses an auditorium originally planned to seat 500 on the main level and with a gallery. Stationary seating was installed in the auditorium; a beautiful Steinway Concert Grand piano flanked the stage. Windows at the north and south sides are glazed with leaded stained glass in a curvilinear pattern, and there is an arched stage opening at the East end flanked by small rooms opening onto the stage. The Audience Room is finished in oak. Exposed beam on either side of the large windows suggest the shape of the roof trusses. Door and window hardware throughout the interior first and second floors of the building is the original decorative bronze. Corinthian columns flank the stage, thereby incorporating the acanthus leaf motif and ionic columns found throughout the first floor.

In 1932 the Library Hall was turned into a children’s room according to Katharine Adams Wells’ personal wishes. The stage and balcony were closed off, the auditorium seating removed and two murals were installed. Painted by Otto Hake, the murals depicted two different scenes of Native American Life. The murals can be viewed in the County Administration Building’s upper atrium at 421 N County Farm Road. Mr. Hake was chosen to paint the murals following a private competition in which a number of Chicago artists selected by the Art Institute submitted sketches. The mural on the east wall portrayed a Navajo pueblo with the pottery, baskets, blanket weaving, and strings of bright red peppers characteristic of the sedentary tribes of New Mexico and Arizona. The mural on the west wall portrayed a temporary village of the nomadic Blackfeet Indians against a characteristic background of towering peaks, snow filled valleys, waterfalls and mountain lakes. On either side of the painting were Indian pictographs similar to those found in caves of the Northwest. The pictographs on the south portion of the west wall, tell a story of Chief Blue Moon, those on the north side, the adventures of Chief Black Boy. Mr. Hake also painted a series of 40 mural panels depicting the history of Chicago for the dining rooms of the Lake Shore Athletic Club. Margaret Adams Dunton (1897-1990) was the founder, director and first curator of the Museum. The second floor auditorium space was renamed in her honor. 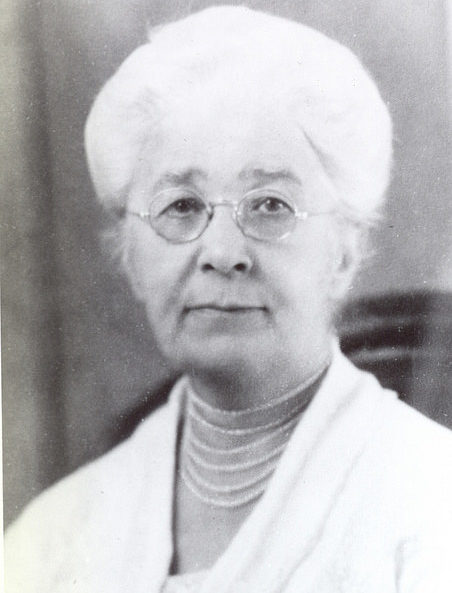